Abort Akin - Shutting Down An MVP That Has Run It's Course

There comes a time (often more than one) in every MVP’s life when it’s issued with a live or die pollice verso.

To those new to running a startup, this can be difficult. It’s easy to become emotionally attached to an idea before it’s a ‘thing’, simply because it was your idea and you came up with it all on your own.

So how do we know what the verdict is? By refering back to our initial hypothesese of course (you esbalished some hypothesis to prove whether your MVP is a success or not, before launching, didn’t you?!). Hypothesese help us to make rational decisions about our product - including whether to kill it or not.

Enter y/our metrics. What do our analytics packages tell us? What was the outcome from our user surveys? What has feedback been like?

Through our collective experience here at Upstate, we’ve been following this process for a couple of years. We like to think we’re pretty good at recognising when one of our products deserves our resources and when an MVP should be killed.

What was it?
The aim of Akin was to show you people nearby, who you should know.

The Prototype
Akin enabled users to connect their Facebook and LinkedIn accounts. Once connected, Akin aggregated a users friends & connections, likes, work experience, history of education, location and a few other bits of pieces. The app did some simple analysis of the data and generated a shortlist of people you should know.

This was our prototype and took us two weeks to build. Included were a couple of ‘dummy’ buttons for tracking people’s interest in unbuilt functionality - to help prove our hypothesese.

Data we collected from our prototype gave us enough confidence that what we had built was worth a second iteration. Once we had collected user feedback, visited our users and conducted customer surveys we quickly established that Akin would be far more useful as a recruitment tool. We learnt that Akin should allow users to set up searches, save them and automatically email users when we found people that matched their criteria. 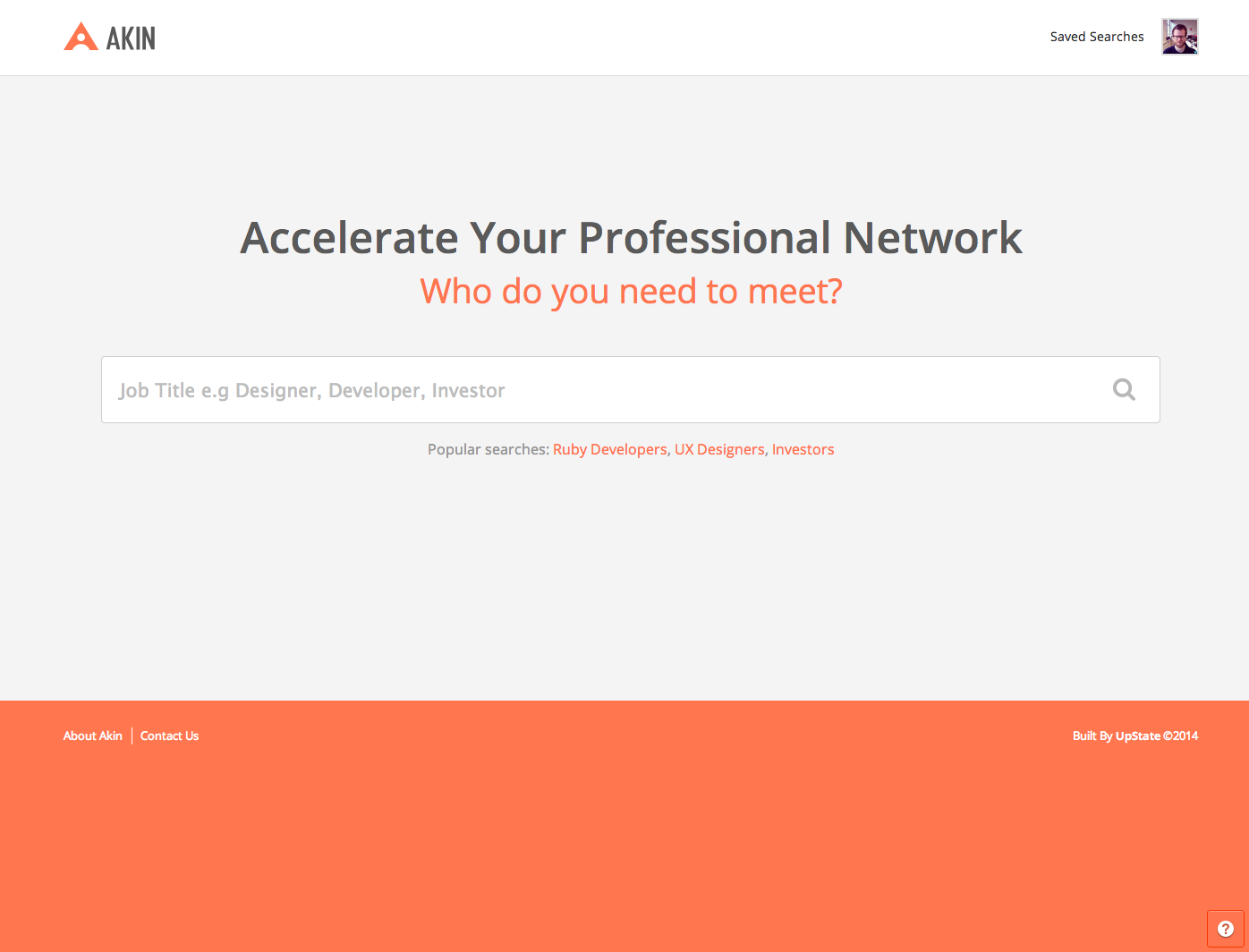 We spent a further 3 weeks developing V2 of Akin into the aforemetioned tool. And soon after launch interest lagged - internally by ourselves and externally by our users too.

The problem was our customers are already using recruitment tools that are far more powerful than Akin. And to boot, we weren’t invigorated about working within the recruitment sector ourselves. 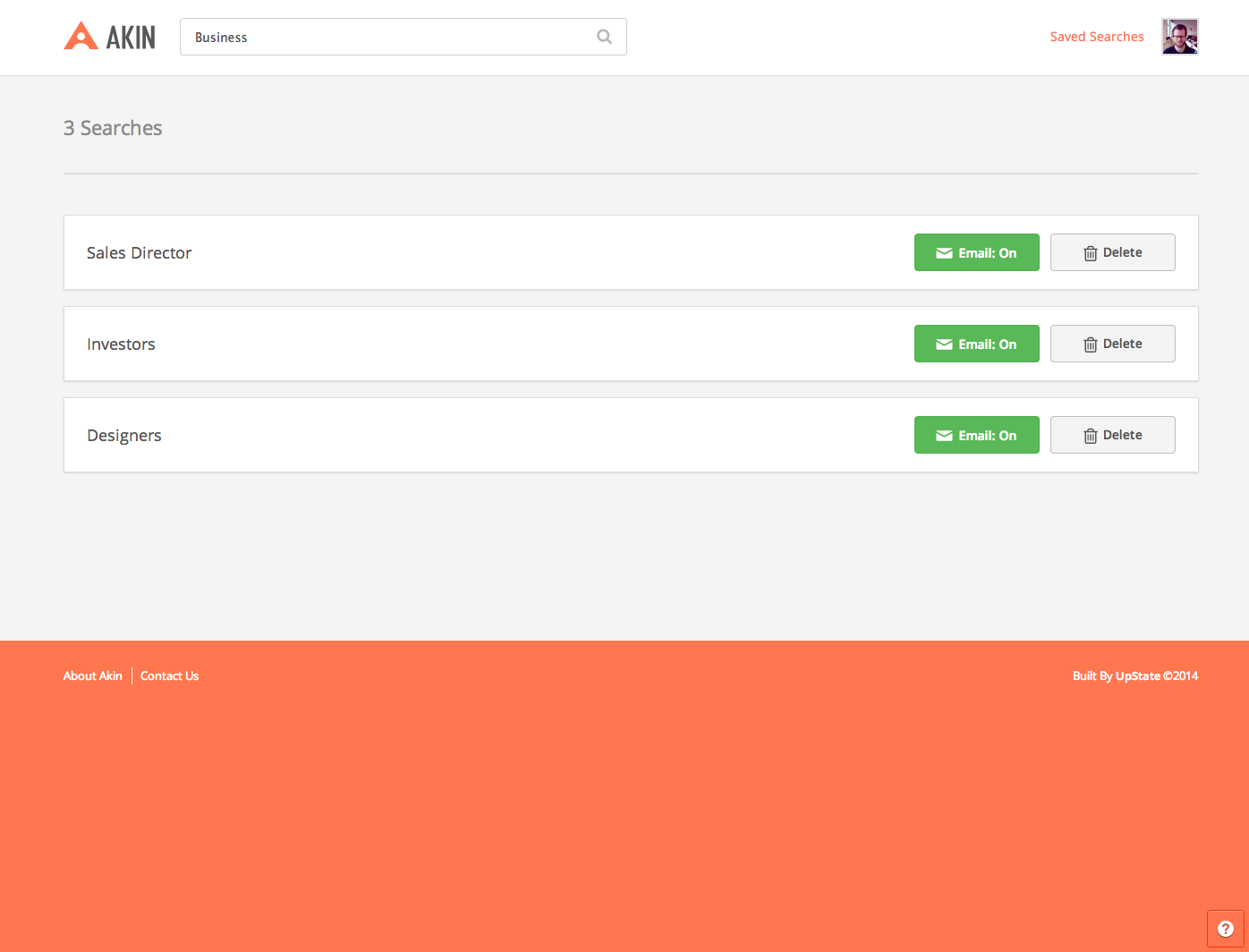 A lot more research showed us that the recruitment industry is crowded with tools for every single niche you could think of, especially when it comes to recruiting for startups - where our waning interest lay. However, the overcrowded space does feel ready for change; a product thats much more innovative than anything available right now. I’ll be the first to admit though, we don’t know what this is and even more honestly, we lack the interest in recruitment to try and come up with that idea.

We’ve also since learnt that by aggregating users friends and connections from both Facebook and LinkedIn, we’re clearly in breach of both of those giants’ T&C agreements. Another reason not to persue Akin in it’s current form. 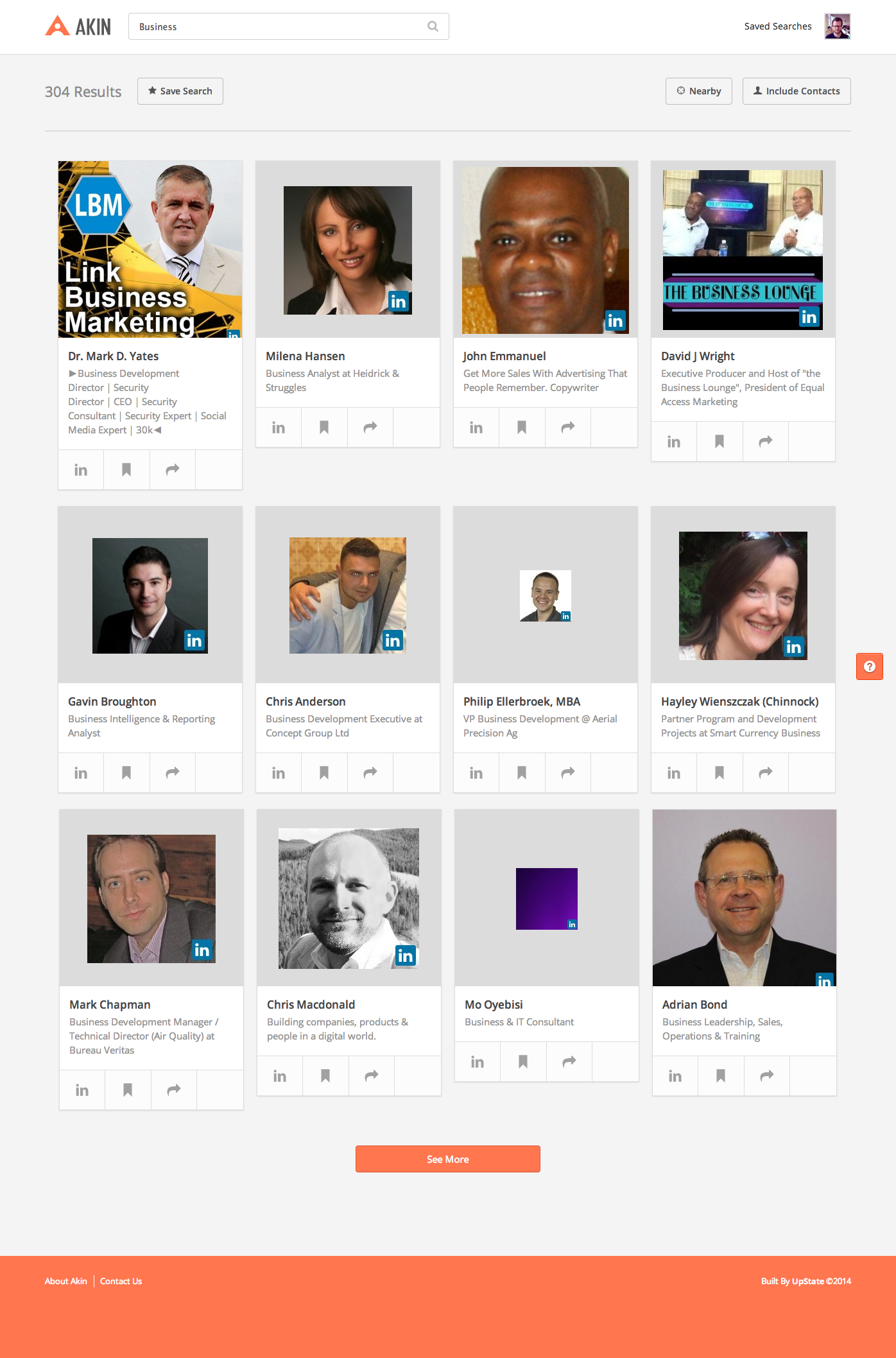 Abort Akin
So here we are in May and our users don’t use V2 of our product. Akin receives very little traffic; ~5 visits per day. We’ve recorded 4 saved searches in our DB since the launch of V2 and we collect 1 or 2 new signups per week.

Re-reading that previous paragraph, my writing sounds almost resentful of our users - but trust me it’s not. Not in the slightest.

All of the aforementioned means it has been incredibly easy to make the decision to turn off Akin. We dreamt it, we prototyped it, we tested it, we iterated it and we drew a conclusion; the goal of an MVP right?!

What now?
We’ve already moved onto other things, including Sisu. An idea to turn exercise data into art. 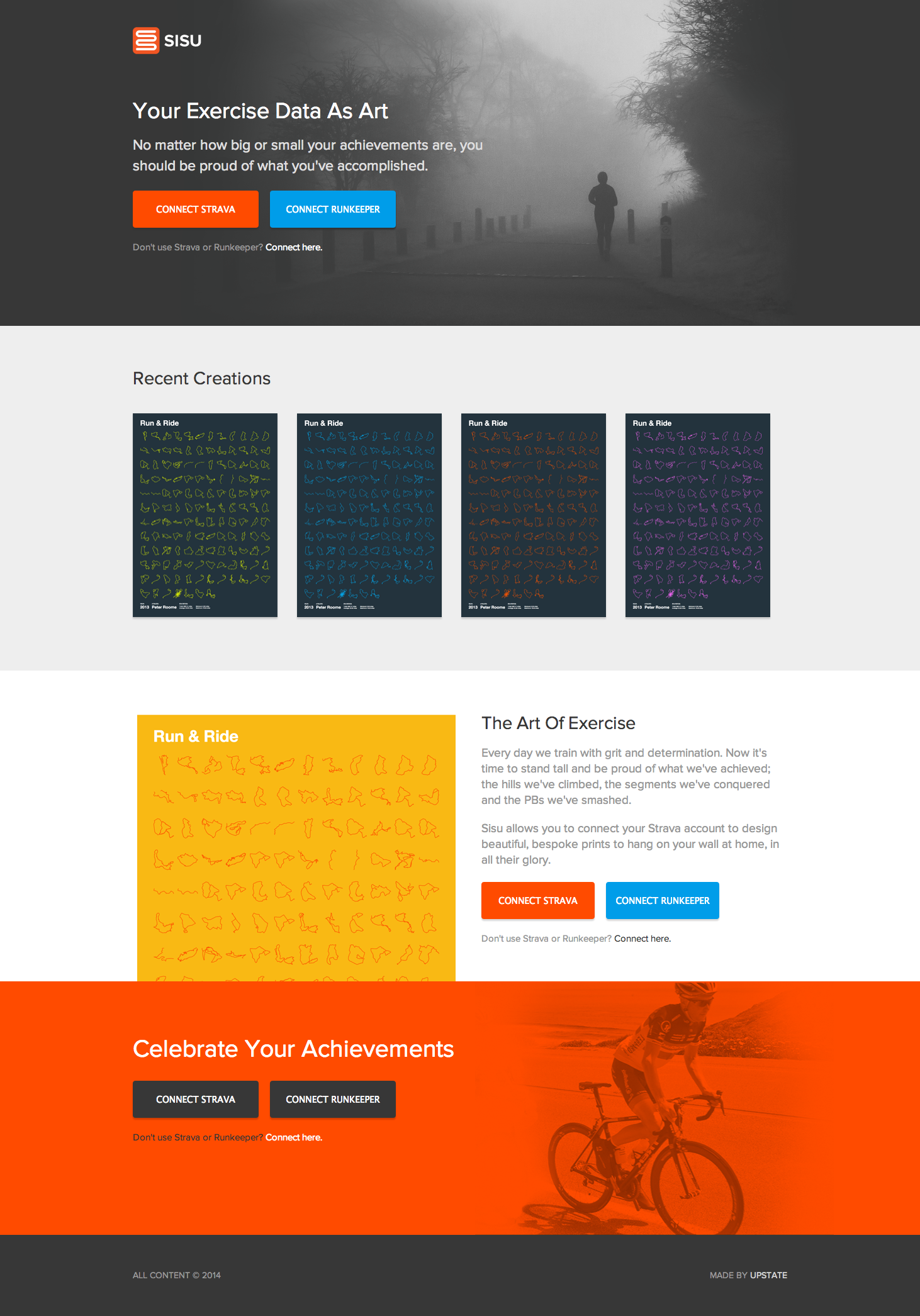 Our Sisu MVP has received well over 500 signups in the space of 3 weeks and has generated some income too. Sisu was featured on Product Hunt, PSFK and countless other blogs without any marketing whatsoever. Sisu already feels like it deserves our resources more than Akin. Fail fast, fail often… and all that jazz.

Thanks to everyone who helped us with Akin - we learnt a lot!!!